The Many Faces of Chinese Medicine

Chinese Medicine is a comprehensive wholistic healing system that has developed over the course of many thousands of years. Chinese Medicine is an ecological medicine, based on the view that humans are intimately connected to their natural environment, reflecting internally the rhythms and patterns of their surroundings. Ancient Chinese doctors saw that when people lived in harmony with natural cycles they tended to stay balanced and healthy. When they lived in contradiction to nature, they often became ill. So the aim of medical treatment was to restore balance. This was accomplished through the use of acupuncture, herbs, diet, chi kung, and massage (called Tui Na in Chinese Medicine.) 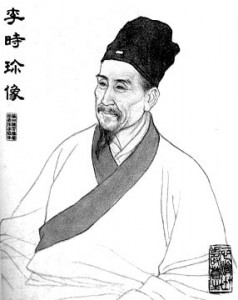 When most people think of Chinese Medicine they think of acupuncture, the insertion of fine needles into special points on the skin to balance the body and resolve illness. The practice of acupuncture goes back thousands of years and is a primary modality in Chinese Medicine along with herbs, diet, massage, and Chi Kung. In ancient times doctors used stones or pieces of bone to stimulate the acupuncture points. Today acupuncture needles are made of extremely fine stainless steel, which makes possible virtually painless insertion. But what are we really doing by putting these needles into the body?

Acupuncture works by adjusting the flow of qi (chi) in the energy pathways of the body. These pathways are called channels, or meridians. Qi is a difficult word to translate. It has meaning in every aspect of life in Chinese culture including martial arts, medicine, art, poetry, cooking, gardening, design, and dancing. Probably the easiest way to look at it is “vital energy.” It could be said that qi is the force that animates or gives life to something. 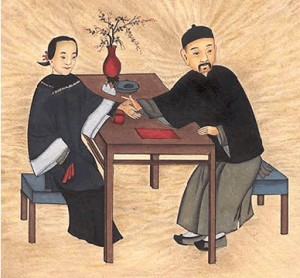 It follows that if we have qi in our bodies, a life force that is flowing, then that force could become disrupted or imbalanced. According to acupuncture theory, imbalances in the flow of qi result in pain, poor organ function, or illness. The acupuncturist assesses the nature of the qi imbalance through a complex diagnostic process that includes pulse taking, observation of tongue and complexion, listening, and asking questions. Then fine stainless steel needles are inserted just under the skin surface at points along the meridians that help to restore balance in the flow of qi. Needles are usually retained for about 20-30 minutes, and treatments might be repeated weekly or bi-weekly for a number of weeks until balance is maintained.