Astrology, East and West; an interview with Narrye Caldwell

One late winter afternoon I sat in my kitchen with a good friend, downing multiple cups of oolong tea and discussing important things like life and fate. That conversation turned into an interview about the differences between Chinese and Western Astrology. Here is a summary.

How is Chinese Astrology different from Western Astrology?

Well, the first thing is that fate calculation in Chinese Astrology is largely numerological. A personal chart is not based on constellations or planetary movement, but on counting out cycles of heavenly and earthly influences. These cycles are called Stems and Branches. In Zi Wei Dou Shu, the system I use for personal charts, each person has certain “stars” that rule over various aspects of their life, based on the time and place of their birth. But the term “star” is really symbolic for what I would call “qi influence.”

So how does that affect the individual’s chart?

The way it works is that the qi of heaven and of earth are continually cycling and combining in unique patterns. Each of us is imprinted with the unique pattern that is present at the moment of our birth. This flavors our entire life story. Because the Chinese have studied the cycling of qi for thousands of years, their astrology systems are capable of fairly specific commentary on how you are most likely to express yourself as you go through life.

Qi is supposed to be intrinsic energy. Is it the same qi as in qi gong that we hear about?

What do you mean by fate?

I like to describe fate as the template of limitations in our lives. It’s like the hand you are dealt in a card game. Sometimes you get great cards and feel lucky. Other times you don’t have much to play with. But none of this determines whether you win the game in the end. That depends more on your skill and character.  In astrology, your ability to live your life story with skill, grace, and authenticity is called happiness.

So can anyone be happy, no matter what kind of chart they have?

Yes. Happiness is the art of being your True Self, and appreciating your life.

So is fate the same as destiny?

I don’t think so. My feeling about the difference is that fate is what you are given to deal with in life. On the other hand, destiny is how you become a hero in your own journey. Destiny involves the exercise of free choice within your fate. For instance, one could say it was Ulysses’s fate to get lost on the journey home to Ithaca; but it was his destiny to make it home and become a hero in so doing. He had to exercise his character to work within that fate and achieve his true destiny.

How does astrology help us with our personal, daily problems? 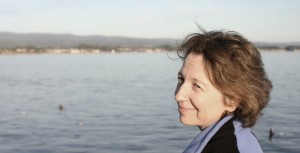 The chart shows both your strengths, and also those places where you tend to keep falling into the same hole over and over. So, understanding the chart is like that story therapists tell, where you walk down a street and fall into a hole. You keep doing this with slightly better results, repeating the action and getting out. Then one day, with guidance, you walk down the street and AVOID the hole.

The beauty of the astrology chart is that it can show you where the hole is. It brings in information from outside your loop.  In most cases you will probably have fallen into that hole at least once in your life because it is your fate, but knowing your chart means you can walk around the hold for the rest of your life. The chart helps you play to your strengths. Ultimately, Chinese Astrology is about longevity. If you are able to live authentically—not fighting your true nature—then you can live a longer life, instead of swimming upstream all the time against your own qi.

What about catastrophes? Can Chinese Astrology predict them or help you avoid them?

You can see clearly in a chart when times of potential danger are coming. I wouldn’t say you can predict a specific catastrophe, but you can see when periods of potential accidents and danger are imminent. Then you counsel caution. For instance, this year I’m not traveling extensively because I have a cluster of “accident” stars in my Travel Palace. I’m not locking myself away, but I am reducing my discretionary travel, keeping my car well maintained, and wearing a travel talisman.

I think Chinese Astrology is a very powerful way to understand one’s tendency in relationship. For instance, are you fated to have an easy relationship with great continuity, or will you tend to have more ups and downs in relationships? Astrology can point to possible ways to smooth out relationship troubles.

What about money and success? 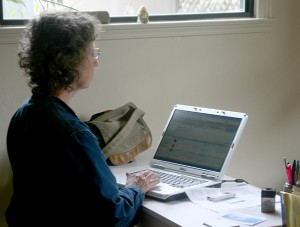 A person’s ability to create wealth can be seen pretty clearly in a chart. There are certain stars that specifically point towards wealth. Remember, none of that has anything to do with whether you are going to be happy. And when a person’s chart indicates some difficulties with money, there’s always a way to look for key strategies; their best way of making money in life, their best way of achieving security, even if they won’t necessarily be wealthy. You can also look to the timing built into the chart–the one year and ten year cycles– to find those times when money will be coming in more easily.

Are there different styles of Chinese Astrology?

Yes. There’s a system called Ba Zi meaning “Eight Character” astrology, sometimes referred to as Four Pillars. And there’s Zi Wei Dou Shu, sometimes translated as the “Purple Emperor’s astrology.” These are the two primary ones used for chart calculation. I would say the difference is that the Four Pillars is very specific for analyzing a person’s character. The Zi Wei system can do that too, but I think it is much more specific in its ability to make predictions about life events.

Which one do you use?

I use primarily Zi Wei, though I usually do a Four Pillars chart for a client when I am doing Feng Shui, because it provides important information about their five element balance.

This site uses Akismet to reduce spam. Learn how your comment data is processed.